Tiny Kauai is about to grab a spot on the world stage.

The West Kauai Energy Project (WKEP), a groundbreaking solar photovoltaic, battery energy storage and pumped storage hydro project, “will be the first of its kind in the world,” says David Bissell, president and CEO of Kauai Island Utility Cooperative (KIUC).

The $230 million project by KIUC and The AES Corp. “is a critical component of Kauai’s renewable energy future,” Bissell says. Currently in the development and permitting phase, the project is slated to start in mid- to late 2023 and is expected to create about 200 jobs.

WKEP will stretch from Kokee to the Mana Plain, spanning hundreds of acres of state-owned land.

The project’s main site—located about four miles north of Kekaha and six miles northwest of Waimea—was selected “in large part due to the presence of the existing Kokee Ditch and the location of the three existing reservoirs,” Bissell says.

“By using the unique topography with the existing plantation ditch and reservoir infrastructure, WKEP will demonstrate the effectiveness of pairing a hydropower facility with solar PV and battery energy storage to improve grid performance,” he says. “In addition, WKEP will create economic development and agricultural opportunities for Native Hawaiians and the west side communities of Waimea and Kekaha.”

Other big new Kauai projects are also in the works. These include Lima Ola Workforce Housing in Eleele, reportedly the largest affordable housing project ever undertaken by Kauai County.

According to the County, Lima Ola will contain approximately 550 new multi-family and single-family affordable housing units when all four phases of the development are complete.

“Earthworks Pacific performed all the mass grading and backbone infrastructure on this 52-acre site for the County of Kauai Housing Agency,” says Jeffrey Fisher, Earthworks Pacific Inc. (EPI) president. The site is on previously farmed coffee fields and “required a substantial amount of grading to terrace the property into the design project layout. In addition, a new signalized intersection was constructed on Kaumualii Highway.”

Lima Ola will reportedly also include many “green” features and will offer a community center, park and multi-use paths.

EPI is performing mass grading and utility installation for new Timbers townhome buildings along hole No. 15 of the Hokuala Golf Course. This includes all site work support for new construction and relocation of existing utilities.

“EPI is performing all mass grading, utility installation and road construction on a 35-acre development for Grove Farm properties,” says EPI’s Fisher. “The project consists of 102 single-family lots situated along the back nine of the Puakea Golf Course.” This includes utility relocation, placing fill support for future homes and installing sanitary sewer, potable water, storm drain and dry utility systems. Also, “a roundabout and two sewer pump stations are being constructed for future lot development,” he says. “The first road has been paved and concrete curbing placed in the next increment, with civil construction slated to be complete by the end of this year and house construction ready to begin.”

“EPI is performing all mass grading and utility construction for a 35-lot single-family subdivision on the south shore,” Fisher says. “Work included moving over 300,000 cubic yards of excavation on the 32-acre site to provide terraced views of the coastline. Large ‘SierraScape’ mechanically stabilized earth walls were constructed, as well as CRM walls to provide improved view planes.” EPI expects to wrap in August.

Kauai’s new luxury resort is scheduled to open this year, and subcontractor Creative Partition Systems (CPS), a Shioi Construction division, is busy on most of it. Roy Shioi, company president, says CPS’ $9,879,611 scope of work includes “metal framing, insulation, drywall hanging and taping, air/weather barriers, metal lath, three-coat stucco, Texston plaster, and acoustical ceiling grid and tile. With the expertise of our team and various years of experience, we have been able to perform the renovations of 252 guest units, including seven public spaces, while dealing with the complexity of the project location and access.”

In addition to WKEP and Lima Ola, Kauai public sector work is gaining traction with many projects in process.

Hawaiian Dredging Construction Co. Inc. is a low bidder on a Kauai Department of Water project for improvements to the Kalaheo water system and is currently working with the county to execute the contract. Improvements include construction of two concrete reservoirs that will store .5 million gallons and .1 million gallons, respectively, and approximately 11,500 linear feet of ductile iron pipe from 3 inches to 12 inches in diameter and associated infrastructure.

“The project is currently the largest improvement project for Kauai Department of Water,” says Ryder Coelho, Hawaiian Dredging Heavy Division senior project manager. “The scope consists of three packages: the first two packages to build each of the two reservoir tanks, named the Yamada Reservoir and Clearwell Reservoir, and the third package for the water main installation. Hawaiian Dredging anticipates the start of onsite construction near to the third quarter of 2023.

“We plan to use proven methods of building many other concrete tanks and will be self-performing the majority of the work,” Coelho says. “Most are familiar with Hawaiian Dredging’s vertical building construction.             “However, our company is very capable and active in many of Hawaii’s civil and infrastructure projects through our several divisions—Heavy (Civil), Power & Industrial and Waterfront,” he adds.

Shioi Construction expects to complete its $21,032,990 Kauai High School New Gymnasium Phase 2 project in 2023. As of June, all the gym’s concrete slabs have been poured except the court area, which was scheduled to be poured in July, Shioi says.

“The structural steel work should also be wrapping up in July with the front to be completed; the gym and back area metal decking have been installed, the CMU walls and concrete beams on both sides of the court area will be erected after the court area is poured. We are preparing to scaffold the exterior perimeter for fascia, soffit and direct-applied EFS work. Exterior sidewalks and ramps are complete except for the front stairs. The site detention chambers, septic tanks, seepage pits, drilled foundation caissons and underground utilities have been completed.”

“PCCC is providing a quality product, maintaining jobsite safety, while minimizing impacts to the school, residents, churches and businesses,” she says, and cites the project’s standout feature: “improved ADA access, including new curb ramps and sidewalks along with new Rectangular Rapid Flashing Beacons at crosswalks.”

Earthworks Pacific (EPI) is also busy on Kauai’s roadways. “EPI is the general contractor for the widening of Kuhio Highway in the vicinity of Coco Palms from Kuamoo Road, Haleilio Intersection and to the current bypass road from three to four lanes,” Fisher says. “Widening of the mauka lane is completed, and total reconstruction of the existing highway is currently underway. Final project completion is slated for early 2023.

“Construction on Kauai throughout the rest of 2022 and into 2023 remains busy with the completion of our current projects and the commencement of many new projects slated to begin later this year,” Fisher says. “With the recent bidding of many new public works projects and the advancement of the capital improvement budgets, it appears that both the private and public works arena will remain robust through 2023.”

WKEP: Up to 200 Workers Needed

The $230 million West Kauai Energy Project (WKEP) expects to hire about 200 workers when it breaks ground as scheduled in 2023. David Bissell, president and CEO of Kauai Island Utility Cooperative, the project’s developer along with The AES Corp., says WKEP scope includes:

• Rehabilitation and upgrade of the Puu Lua, Puu Opae and Mana reservoirs according to Hawaii Dam Safety standards

• Construction of a water storage tank above Puu Opae Reservoir

• Construction of a regulating structure at Puu Moe Divide

• Improvement of access roads necessary for construction and operation

• Construction of an electric substation

Bill Brooks, previously in purchasing and sales at HPM Building Supply on Hawaii Island, now heads HPM on Kauai. “In my new role as Kauai regional manager,” Brooks says, “I’m looking forward to connecting with the people in this community and gaining a deep understanding of how HPM can best serve the construction and housing needs on this island.”

HPM on Kauai offers a wide selection of building materials, roofing products, cabinets, countertops, windows, doors and more, he says, as well as an experienced team of design consultants who help customers with custom home plans and remodeling.

And “HPM is developing a new facility near the Koloa Sugar Mill,” he says. The facility “will enable us to expand our services and begin manufacturing wooden trusses and wall panels on the island for residential construction. We anticipate that the new facility will be open within the next year.”

“HPM has a mission to help our community build better and live better,” Brooks says. “One of our longstanding partnerships is with Kauai Habitat for Humanity, and we’re proud to supply building materials for their programs as they help families in need of assistance to become homeowners.”

AES Lawai, the world’s largest solar and storage system when it was completed on Kauai by KIUC and AES in late 2018 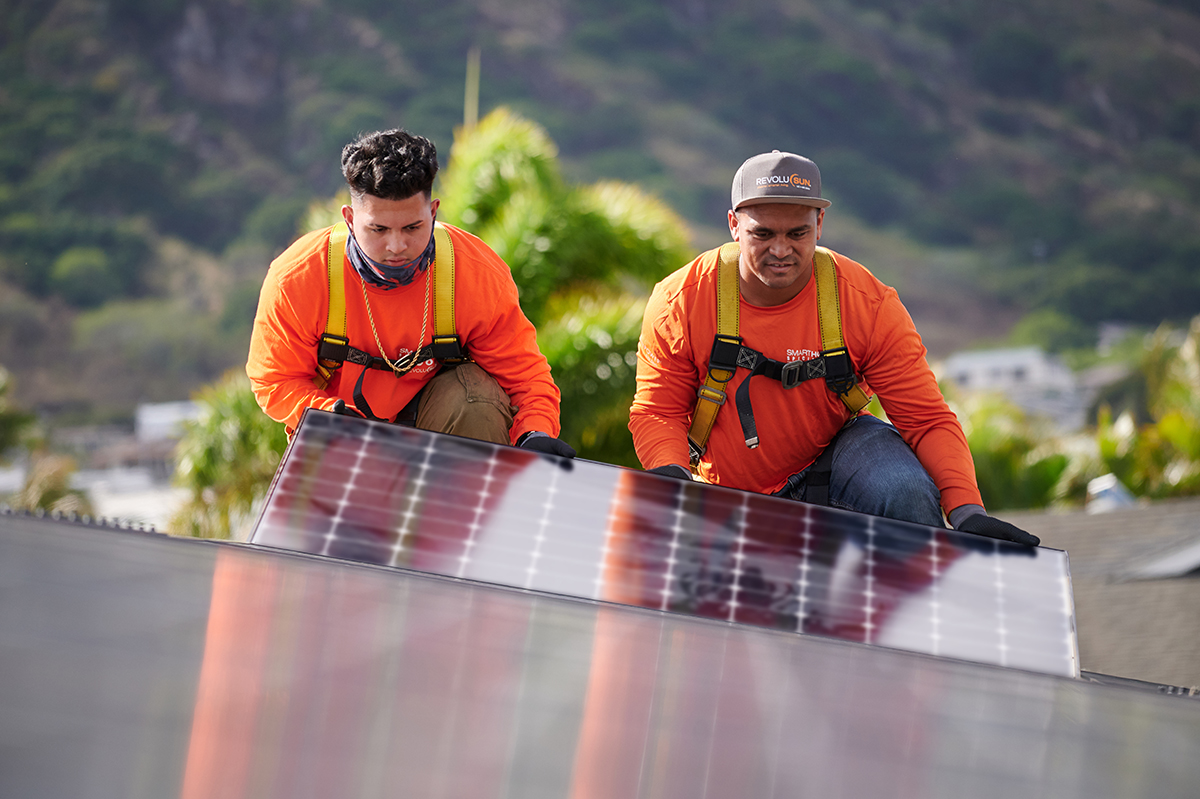 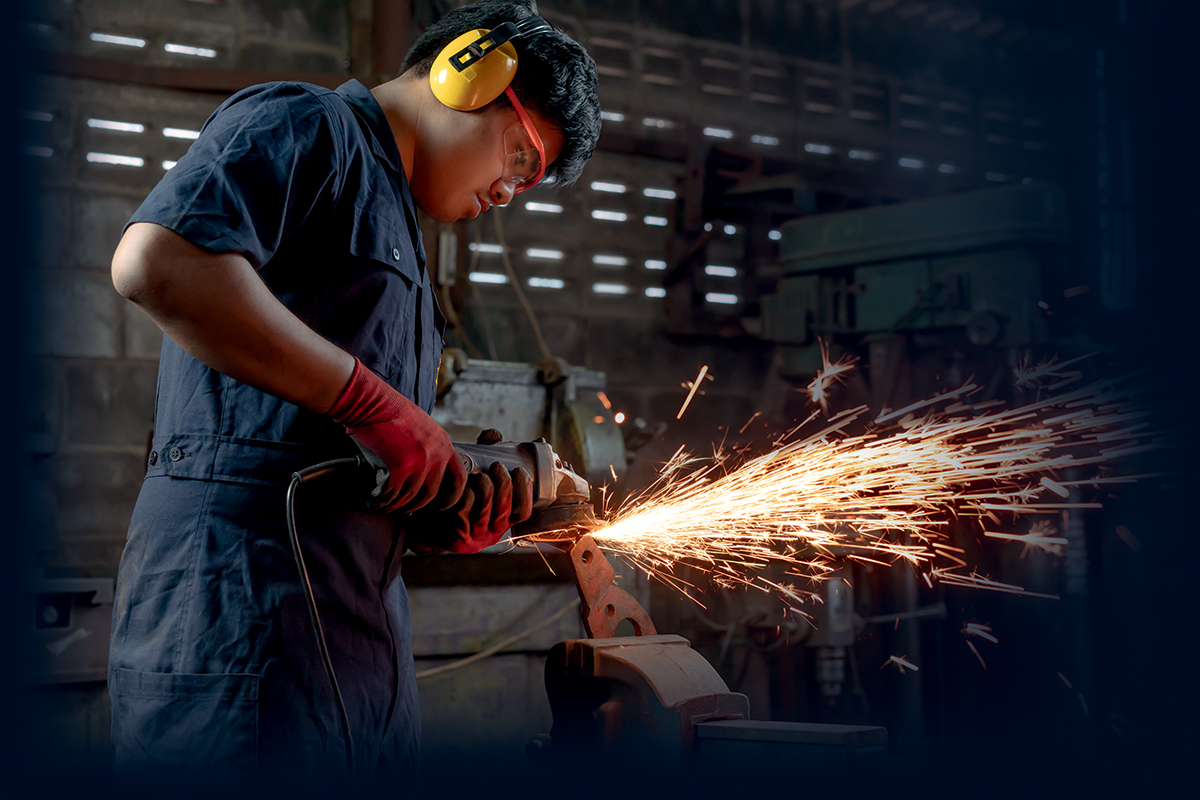 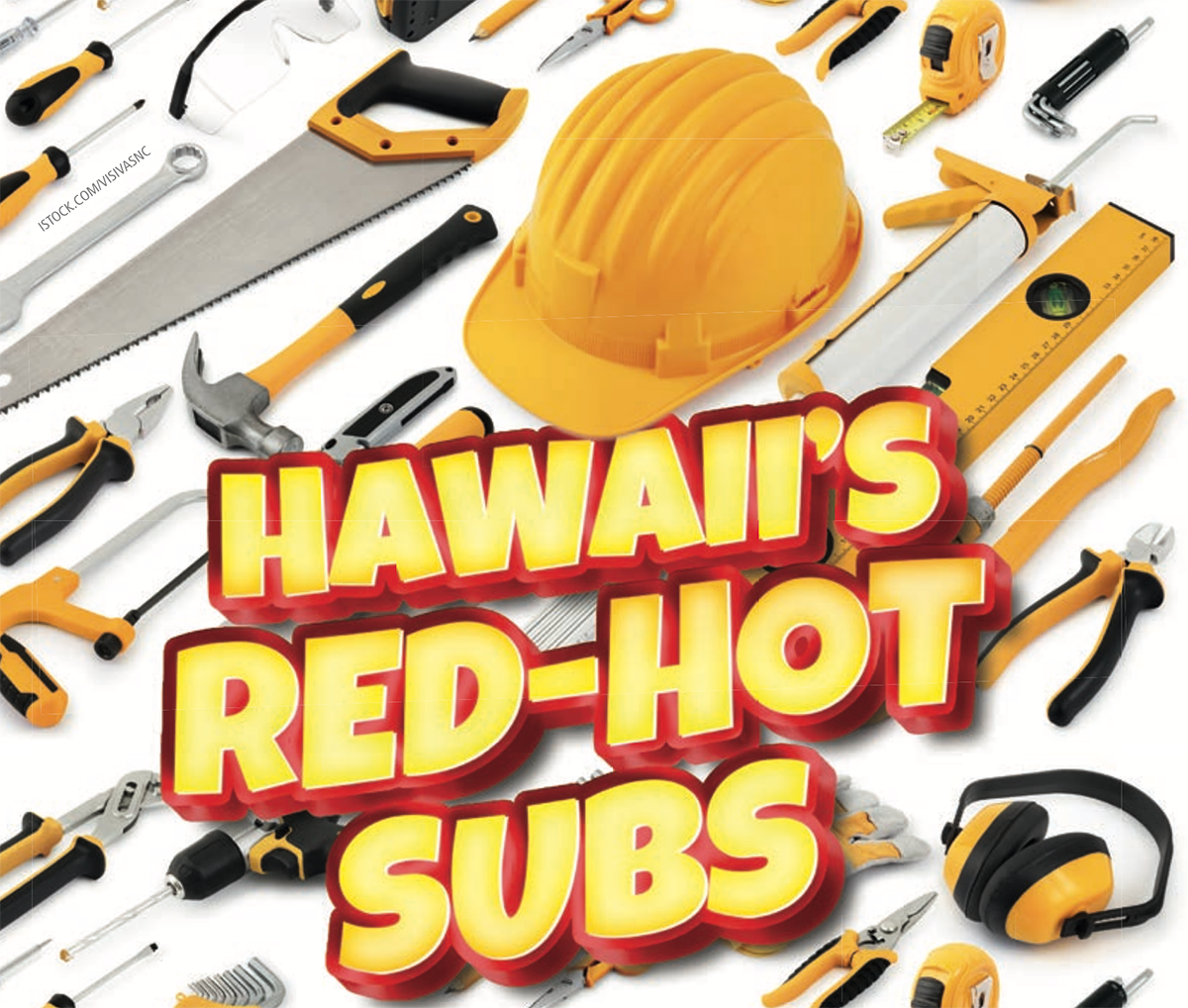