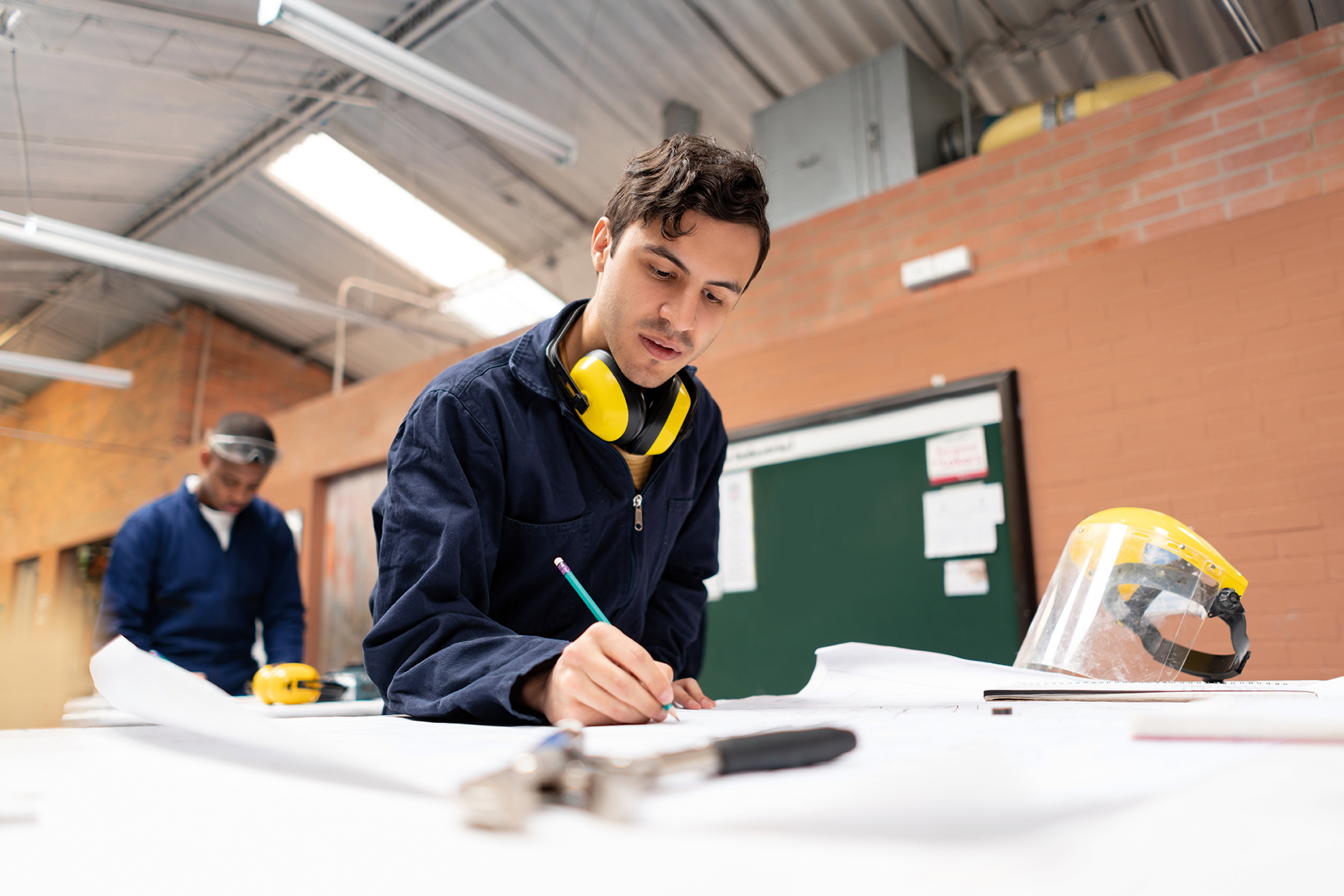 Strong focus remains on training a workforce and advocating for members

Two key areas of focus for the Hawaii chapter of the Associated Builders and Contractors (ABC), says Jeffrey Durham, president and CEO, are workforce education and training and protecting and advocating for the merit shop contractor.

“As with many other construction industry associations, ABC Hawaii has had to pivot and modify how we conduct our daily business,” Durham says. “No small part of that involves our apprenticeship program.”

With more than 350 apprentices enrolled in ABC Hawaii’s painting, roofing, carpentry, electrical and plumbing classes, he adds, “it has been no small undertaking. With the onset of COVID-19 in 2020, we were forced to eliminate in-person classes at Honolulu Community College and move to Zoom platforms.

“While we had hoped to return to classroom instruction in the Spring of 2022, the emergence of the Omicron variant has forced us to maintain a virtual setting. While certainly not ideal for either students or instructors, our decision is based on the long-term safety for both our instructors and students.”

“I suspect it’ll be some time before it gets back to the way things were prior to COVID,” says Shon, general manager of Hawaii Geophysical Services LLC. “Hopefully with the legislation that’s been happening at the federal level, it’ll trickle down to us and we’ll all get a piece of the pie.

“I do remain hopeful that we’ll get out of where we’re at and the market will be able to grow again.”

Shon also points to recruiting more members and supporting the organization’s Construction Education Foundation (CEF) Apprenticeship Program as focus areas in 2022 for ABC Hawaii, which was founded in 1989.

“We need to promote the value of being an ABC member and growing our base,” he says. “We also need to grow the CEF Apprenticeship Program by running ads on the radio, targeting specific groups and starting up satellite offices on the Neighbor Islands.”

Durham warns of hurdles ahead and says ABC Hawaii will continue to battle for equal treatment for its merit shop members.

“As we move into 2022, less projects are coming out for bid from the city, state and federal government. Couple that with loss of businesses due to a downturn in our local economy and you have our pool of local contractors bidding on less and less projects, both in the public and private sectors,” Durham says. “This leads to a ‘sharpening of pencils’ when bidding as well as an increase in protests for projects that are awarded.

“While fair and open competition is the basis for our free-market system, it is incumbent on our government, at all levels, to insure equitable treatment of all properly licensed contractors for publicly funded construction projects. Hawaii has long been a stronghold for organized labor, due in large part to our agricultural history and political makeup.

“We at ABC Hawaii feel maintaining a level playing field for all is critical in allowing businesses to survive based on their merits, not who they donate political contributions to,” he adds. “We have in the past and will continue going forward to assist our members in contesting unethical and improper awarding of contracts.”

'Earn while you learn'

“We will continue to promote the merit shop philosophy and free enterprise principles,” he says. “We’ll do so by developing alliances with key lawmakers that support our areas of alignment.”

ABC’s training programs are vital to maintaining a workforce among the trades in Hawaii.

“As a local chapter of a nationwide association, part of our mission is to help provide our members with a qualified, well-trained workforce to complete work on time and under budget,” Durham says. “The quality of the field employees cannot be overstated and the impact they have on the bottom line is often overlooked.

“By using NCCER, an internationally recognized leader in construction craft training, we are helping to train the future of our industry.”

Durham says “shortages of qualified craft workers has been a reality in the construction industry since the ’50s; it has not gotten much better in the past 70 years.”

He says there needs to be a major shift in attitudes toward the trades.

“Part of the problem is the disdain many have for the construction industry, particularly those in higher education,” Durham says. “It has too long been looked upon as a fallback job; if you could not find employment in other fields, there is always construction. The truth is your local plumber or electrician is making more than many with a four-year college degree and do not have a six-figure student loan to repay.”

He encourages job-seekers to consider apprenticeships.

“We call our apprenticeship program ‘earn while you learn,’ and it has allowed many of our local apprentices to continue to live in Hawaii, raise their families here at home and not have to relocate to the Mainland as many of our children have done in the past,” Durham says.

“One of the most rewarding parts of working with our association is when we see one of our graduates come into our office and apply for membership as a new business owner. Many of those also return as instructors to ‘pay it forward.’

“While construction can be a difficult business to survive in, for some of us it is about more than just making a living; it is also about making a difference for the generations of the future.”

“In early 2020, when COVID-19 first became a common term, I do not think anyone would have thought we would still be dealing with it and its impacts in 2022,” Durham says. “Now, two years later, it is still top of mind for many of us.

“As we enter a new year, as an industry, construction will continue to be forced to change how we do business. Added PPE and sanitary protocol, contact tracing, restrictions on who is allowed on a jobsite, sudden changes in our workforce numbers on almost a daily basis due to households experiencing COVID is just another challenge to our local construction industry. With the emergence of new variants and conflicting guidance coming out of both governmental bodies and health experts, COVID-19 will continue to affect us locally.

“Clear, accurate messaging has always been important but in these times, it is critical for our state,” Durham adds. “With a reduction of tourist arrivals, lessened revenue for our local businesses and a subsequent lowering of tax revenues, in many ways our state was saved by the federal bailouts. Even though we have seen a slight increase in tax revenues at the end of 2021, the ‘free money’ will not continue to flow into the state coffers.

“We expect our local government to try to make up for some of the losses in creative ways, such as the recently released increased property valuations and subsequent increase in property tax bills. There are too many holes to fill in our state budget and no political will to make the hard choices.”

“As we try to emerge from two years of lockdowns and restrictions, we are seeing the effects of government mandates, both here and abroad,” he says. “Vaccine mandates have affected the number of people who are willing to stay in the workforce, unless you are employed by the USPS, for example. Some are asking for exemption, both on religious or medical grounds, while others are just flatly refusing to take a medical treatment that has been both rushed to production and highly politicized.

“Reductions in the available workforce, combined with a global economy that still has sectors just starting to resume production—think Malaysia and Vietnam, two nations integral to U.S. supply chains—has affected everything from chips for cars to BBQ grills.”

Along with “critical items in short supply,” he says, “prices have gone through the roof. Few industries have been hit as hard as construction; examples are the prices of lumber, steel, copper and aluminum. Besides the cost of the raw materials rising, sea transportation costs have risen drastically. Inflation has also hit home with rising gas prices here and on the Mainland, and basic food costs have gone up as well.

“With rising labor and material costs, many construction projects have been put on hold or canceled altogether.”

Many of the problems, Durham notes, were “self-inflicted. … What some of the politicians in Washington do not understand is you can stop a business from producing products by decree; restarting that production and bringing it back to full speed takes time, capital investment and desire as well as a willing workforce.”

“We do expect conditions to remain much the same in 2022, at least until the mid-term elections when we expect a change in both House and Senate control and leadership.

“The three major barriers we see to a solid economic recovery and growth in 2022 are reduction in federal spending, ongoing global supply chain disruptions and rampant worker shortages. All that being said,” he adds, “we believe the United States will emerge from this stronger, in spite of what appears to be an increase in tribalism that sadly has become our current political landscape.”

According to its website, abchawaii.org, services that ABC Hawaii provides to its members include: 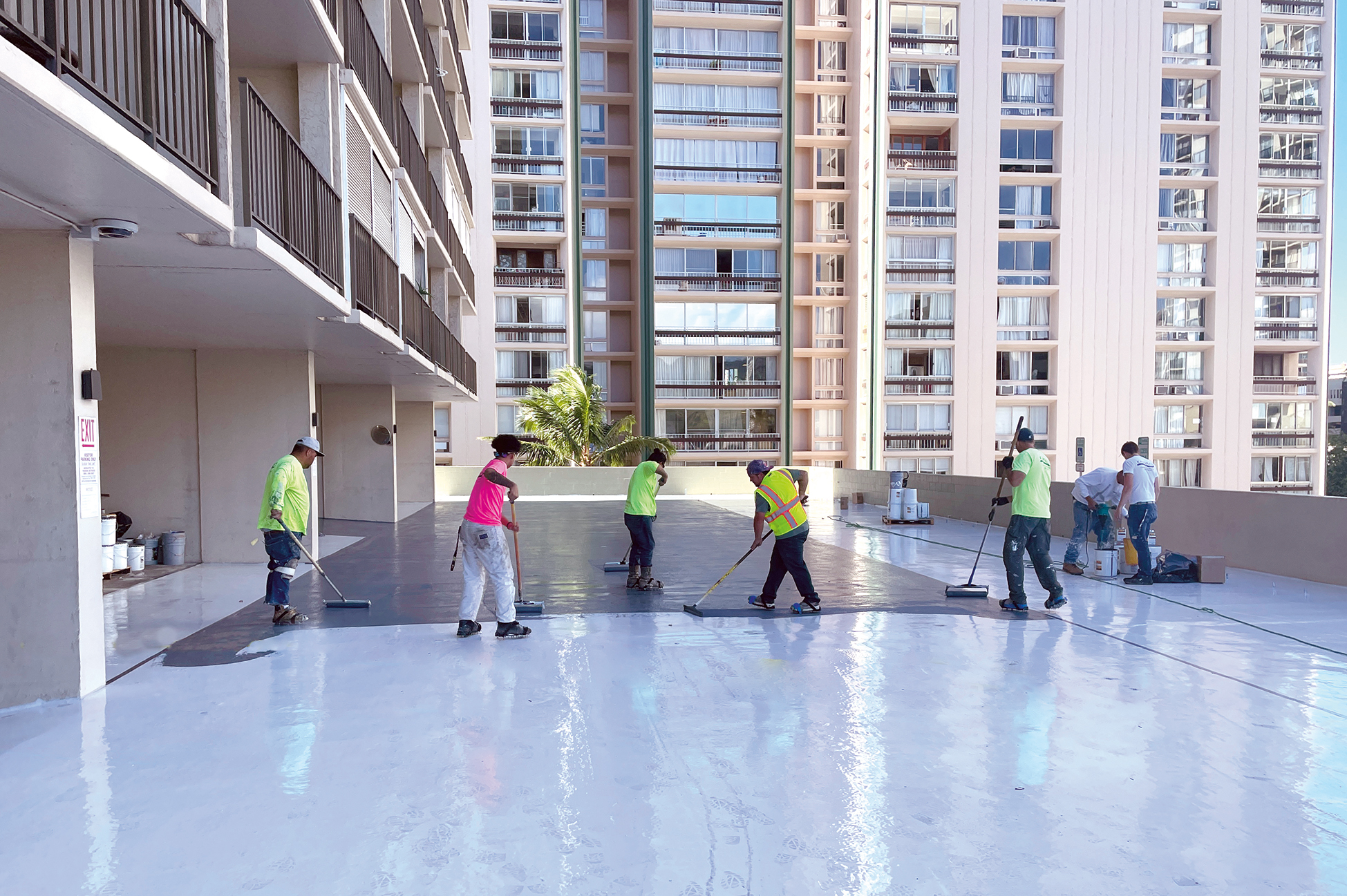 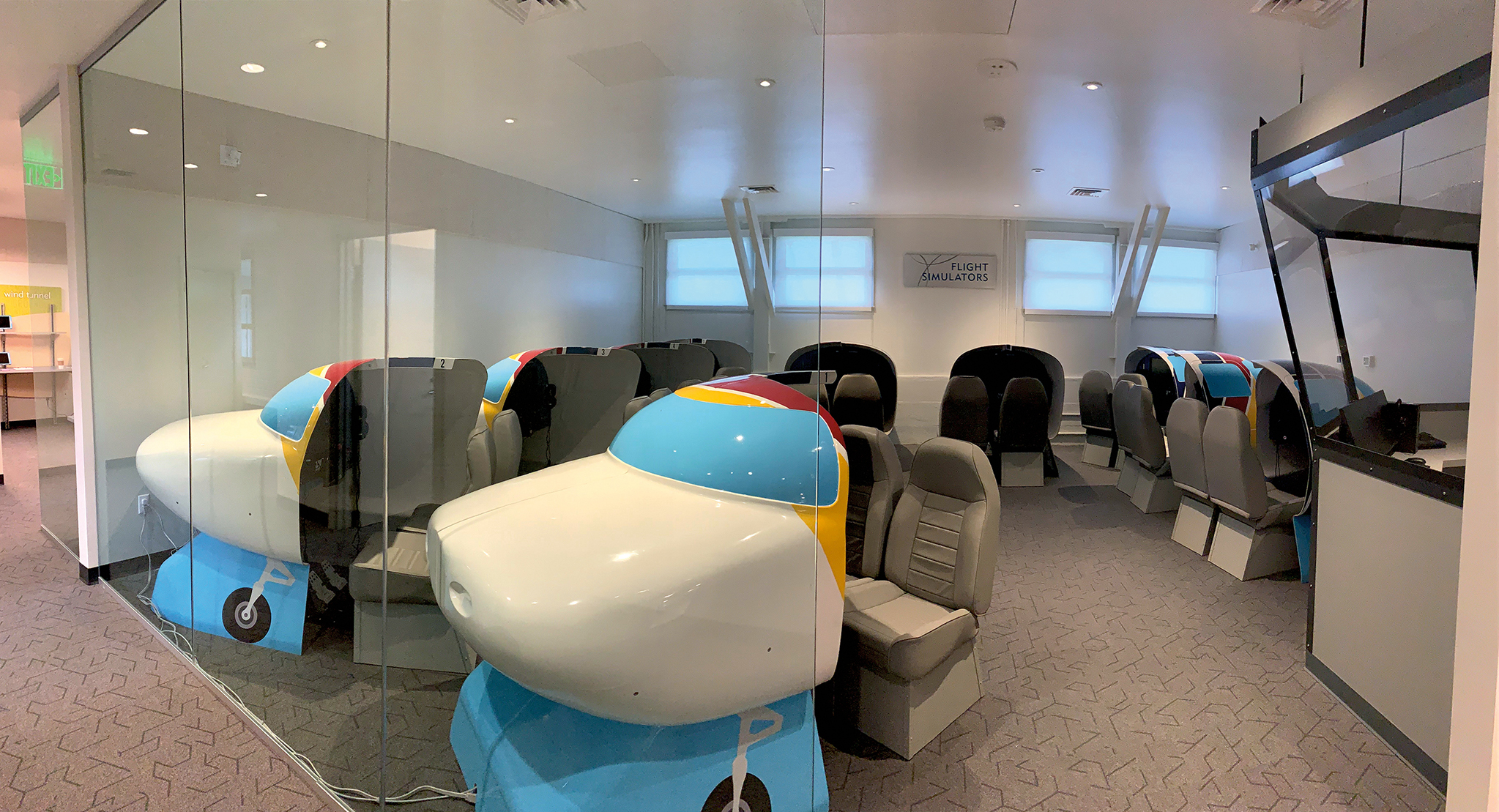 Learning the Science of Flight 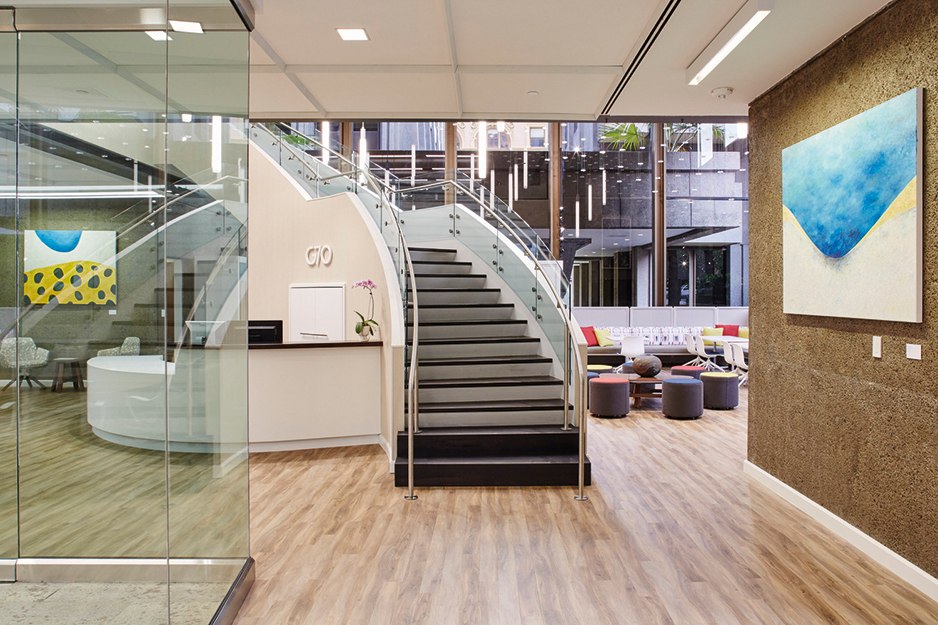